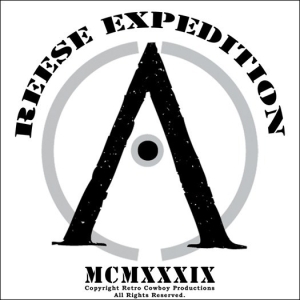 Agarta: the Legend of the Hollow Earth is an action/adventure comic strip set in 1939. It follows the adventures of the Lytton Expedition into the lost/hidden world of Agarta. A world where man and dinosaur both exist. A world of glorious beauty and savage brutality. A world, now scarred by an evil outside of understanding, fighting to be free once again.

The year is 1936, obsessed with the occult and amassing the powers of the supernatural, Adolf Hitler forms the Vryl Society to search the world for relics of power to guarantee the success of his grandiose schemes for world conquest and the establishment of his Thousand Year Reich.

Teams of Nazis occultists, scientists and soldiers scourge the Earth searching for artifacts and tombs that would give Hitler his dream. Highest on their search for power is the tales of the Agarta, home of a “master race” known as the Agarti, hidden from the corruption of the surface world, which controls the secrets and power of the Vryl Force. Desiring this power above all else, Hitler sends his best team of occultists and an elite group of special agents.

Known only to the highest of the Nazi government, Hitler sent this team deep into the Tibetan wilderness in search of Shangri-La- entrance to Agarta and Shamballah, home of the Agarti. Lead by a sadistic Nazi psychic, Alric Jaeger, the Nazi expedition ventured into the wilds of Tibet never to be seen again. Most believed they died in the harsh conditions that faced them, others know better.

Two years after the ill-fated party left Germany, a lone, near death, young Nazi soldier, Albrecht “Alby” Mauer, was found wondering through the freezing tundra of the Yukon in the northern Canadian territories. Brought to the local Canadian Garrison by Inuit fisherman, he told them the tale of a world rich with mystery and wonder. Of a great people and immense power that the Nazi party sought to use in its’ conquest of the Earth. The young soldier had, in the two years living within the Hollow Earth, grown to love the wonder of the land and its’ inhabitants. Not wanting the Nazi to corrupt the people or gain control of the power of the Vryl Force he deserted the Reich, searching for months for the path to the surface world, for help to stop Jaeger and his Vryl Society and a path for salvation.

AgartA is the creation of Mike Torrance. All rights reserved.